There is a phenomenon I call The Manliness LARP. There is a problem with masculinity and the allowed solution is to let males pretend to be men. I lived in Brooklyn before the world went nuts and as I would walk around I’d see twenty and thirty-year-old guys with big beards looking like lumberjacks, yet too weak to even pick up an ax. They have the aesthetics of a manly man, but none of the virtue. They’re wearing a costume. They’re playing make-believe. They’re LARPing.

If you are unfamiliar, LARPing is an acronym for Live Action Role Playing. The term comes from nerds who act out dungeons and dragons scenarios. These nerds dress in costumes and act how a valiant knight or cunning wizard would act. They fight dragons or evil goblins and end up going through a story where they get to feel like a hero. Nothing terribly wrong with that; video games, books, and even sports all provide similar visceral experiences. Eventually, the game ends and they take off the aesthetics of a knight and go back to living their nerdy lives.

Modern man does something similar. He grows out a beard and wears a flannel shirt. Maybe he shaves with a straight razor and brags about eating steak. He might white knight on Twitter or read The Game and employ The Mystery Method to convince girls into thinking he’s “alpha.” But is he ever actually a man? Or is he just a nerd in a costume just pretending to be a man?

Trying to be a man is kind of like trying to be cool. If you try to be cool, you’ll never be cool. You’ll come off as a try-hard and people will hate you. To be cool, you aim for other virtues, and in the process, you become cool. I maintain manhood is similar. You don’t aim for a manly appearance. You aim to be someone of integrity, courage, self-reliance, and responsibility(Not an exhaustive list). And by aiming and achieving these virtues you become a man. Yet as is common in our consumerist society we sell the shortcut instead of promoting the practice. Why be a man when you can look like one?

Things like Man Crates. Nothing says being a man like having beef jerky mailed to you in a wooden box. Except it says nothing about being a man. Or Bespoke Post, “Themed boxes for people who give a damn.” They swore! It’s rugged. Forget the fact they’re a  company for men that’s afraid to say the word “men” in their slogan, and instead opted for the word “people.” But hey! They swore!

There are countless more of these boxes and brands out there.

On this front, Art of Manliness isn’t that bad. Yes, it certainly appeals to men who are looking for a manly costume, and they offer that. But it does at least nod to the idea of manhood being more than aesthetic. Albeit in a very sanitized way.

Mike Cernovich had a good Twitter thread about this very topic.

This is why The Masculinist exists. To develop virtue and to discuss issues of what it means to be a man in our current era. The current era that relegates manhood to a costume you wear and nothing else. Corrupted Manhood portrayed as having a beard and acting like Ron Swanson. But the truth is Manhood is about strength and virtue.

And nothing terrifies our society more than a strong virtuous man. 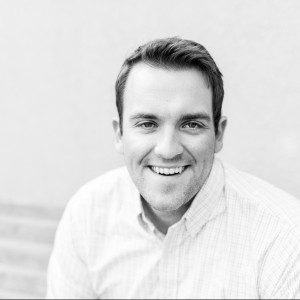